The Advent of Scorpius | The Origin of Occupy Hades

Do not be conformed to this world, but be transformed by the renewal of your mind, that by testing you may discern what is the will of God, what is good and acceptable and perfect - Romans 12:1-2 (ESV)

"Scorpio carries the test right down into the physical plane life, and then, when it is faced and handled there, the life of man is carried up into heaven, and the problem which the test involved is solved by the use of [free will]." - Alice A. Bailey

"The...tests in Scorpio also concern the three aspects of the human being as they fuse and blend upon the physical plane. They are first of all, the test of appetite. This appetite is the natural predilections and tendencies which are inherent the animal and these are mainly three: Sex, physical comfort, and money, as concretised energy. They are, secondly, the tests connected whith desire and the astral plane. These are subltler in nature, producing automatic effects upon the physical plane; they are not inherent in the animal nature but are imposed by the desire nature and are again three in number: Fear, hatred and ambition or desire for power. Then there are, thirdly, the tests of the lower critical mind which are: Pride, separativeness and cruelty. Remember that the worst kind of cruelty is not of a physical nuture but is more mental in character.

When these faults are relised and are overcome, the result is twofold: the establishing of right relations with the soul and the environment. These two results are the goal of all tests in Scorpio." - Alice A. Bailey

"October 22, 2014 was the first day of Diwali, the Festival of Lights. Early that morning, I performed Kali Puja for the first time at home.

Once puja was completed, I went live on the air and began my podcast. I wasn't on the air long before there was a knock at my door. It was one of the property managers and a couple of maintenance men. The property manager, a young black man, wanted to inspect my apartment, without prior notice.

I balked at the suggestion. It was an unscheduled visit and I paused my programming just to answer the door. To any radio personality on the air, time is of the essence. I explained to him that I was disabled, and I was in the middle of my vocational rehabilitation.

The property manager then told me, "I couldn't care less about your vocational rehab, and if you don't like my behavior, you can feel free to move someplace else." As of that moment, that individual was Belial: worthless.

The surveillance cameras were running and he was on-camera in the hallway, but I was not. I looked over at the maintenance men. I could tell they were disgusted by what they'd just heard. I turned back to Belial and said, "Don't come back to my door with that loser mentality."

Belial insisted that he be allowed to continue his inspection. I let him. I watched him walk past my artifacts on the wall until he stopped in front of a religious artifact that was hanging there.

He then asked me if he could look in my closets. I refused and told him to leave. Before Belial stepped through the threshold into the hallway and back on-camera he said, "I can come up in here anytime I like, and there's nothing you can do to stop me."" - Testimony of the Host from 'The Outbreak of Hostilities | Occupy Hades'. 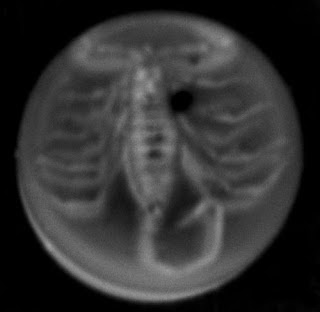 Keeper of the Pit